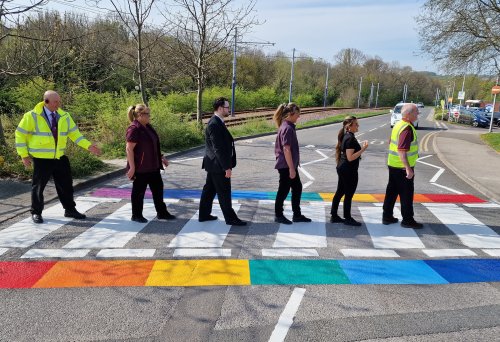 Somewhere over the rainbow you’ll find one of Sheffield’s most popular shopping experiences!

The rainbow flag is the internationally recognised symbol of lesbian, gay, bisexual, transgender and queer pride.

The launch of the new crossing in the LGBTQ+ colours comes as the Crystal Peaks branch of supermarket Sainsbury’s launches in new in store Argos outlet.

Sainsbury’s is the highest-ranking retailer and only grocery retailer on Stonewall’s annual Workplace Equality Index, which ranks employers from across the public, private and third sectors on how LGBT-inclusive their workplaces are.

“Crystal Peaks is truly delighted to have been joined by our colleagues at Sainsbury’s in making such a public commitment to supporting all members of our wider community,” said centre manager Lee Greenwood.

“Sainsbury’s has very publicly stated its decision to be a truly inclusive retailer where every single one of its staff and customers is treated fairly and with respect.

“That is exactly the approach that Crystal Peaks has too - we want to make sure that every visitor feels welcome, safe and valued.

“Our rainbow crossing is not just a colourful welcome to the centre, it is also a highly visible assurance that we have no room for intolerance and bigotry.” 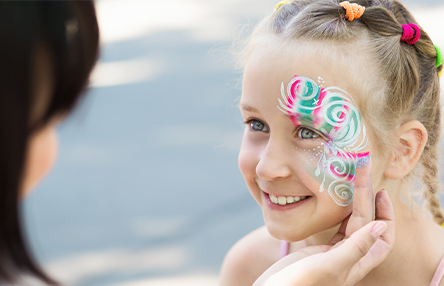